Trending
You are at:Home»Business»Oxfam CEO Honoured

Oxfam Australia Chief Executive Dr Helen Szoke’s outstanding service to social justice has been recognised by the award of the Officer of Order of Australia (AO), announced in today’s Honours List.

The pre-eminent award commends Dr Szoke for “distinguished service to social justice through roles within human rights, anti-discrimination and equal opportunity organisations, to health sector policy development and to the disadvantaged.” 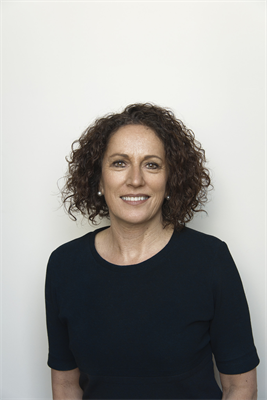 Dr Szoke’s contribution to social justice has been achieved through various roles over her distinguished career, including her leadership and advocacy for Oxfam over the past five years, and her previous appointments as Commissioner of the Victorian Human Rights and Equal Opportunity Commission and Race Discrimination Commissioner for the Australian Human Rights Commission.

Through these roles, as well as appointments to numerous boards and governance positions, Dr Szoke has provided outstanding service in her strong and determined advocacy for foreign aid and international development, human rights, and gender and race equality.

“It is an absolute privilege to be able to do the work I do,” Dr Szoke said. “To have this work recognized through the Australian honours system is humbling, but it is also very important for the social justice causes that I have worked on.

“I also believe that the success of individuals relies on countless people along the way – including the many talented people I have and continue to work with, as well as my incredibly supportive family.”

Dr Szoke said her career had allowed her the fortunate experience of meeting many amazing people across the world, often facing extreme hardship and crisis.

“This has also given me great faith in people’s incredible resilience and generosity,” Dr Szoke said.

“But social justice requires constant vigilance – we cannot become complacent. In Australia, there is still more to be done to achieve gender equality and to make progress on the issues of inequality faced by many Aboriginal and Torres Strait Islander People.”

Dr Szoke acknowledged there was a challenge in her award being announced today, Australia’s current day of national celebration on 26 January.

“Without detracting from the honour of today’s award, it does coincide with our current Australia Day,” Dr Szoke said. “The celebration of our national day on 26 January is deeply problematic for many Aboriginal and Torres Strait Islander Peoples.

“It was also the beginning of a period of breaches of fundamental rights and stark inequality which many Indigenous people continue to face today.

“It is time for the Federal Government to choose another date for our national day which includes all Australians.”